In an imaginative caper set in 1935, a dimwitted assistant consul for cultural affairs in Italy devises a plan to kidnap child superstar Shirley Temple. This smoothly flowing story is set against a serious backdrop—the lead-up to World War II and Roosevelt’s attempt to keep Mussolini from aligning with German chancellor Adolf Hitler—but the mystery plot is mostly a lark.

With strings of smaller thoughts and experiences being accumulated the life gets bigger and better. Just like stacking bricks and more bricks a castle is made. The intricacies of small things in a story the author narrates his life in his book Balyakalka Padchapharu.

Tilled Earth has several compressed, poetic and deeply evocative micro-stories which offers fleeting glimpses of small, private dramas of people caught midlife: an elderly woodworker loses his way in a modern Kathmandu neighborhood; a homesick expatriate nurses a hangover; a clerk at the Ministry of Home Affairs learns to play Solitaire on the computer; a young man is drawn to politics against his better judgement; a child steals her classmate book . . . The longer stories in the collection, taking subjects from rural and urban Nepal as well as from the Nepali diaspora abroad….

Maria Weston disappeared in 1989. Or did she? When Louise receives a Facebook friend request from a classmate that died 25 years ago, it brings up a dark secret in Louise’s past. Friend Request, a debut from Laura Marshall, was one of the best-selling psychological thriller eBooks last year, and the paperback is out in 2018. The twist is genuinely unexpected, and the racy plot is nicely interwoven with domestic life. Cue plenty of wine-guzzling and seemingly innocent bystanders. This is an obvious choice if you enjoyed The Girl on the Train.

View all from career 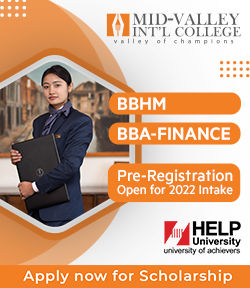