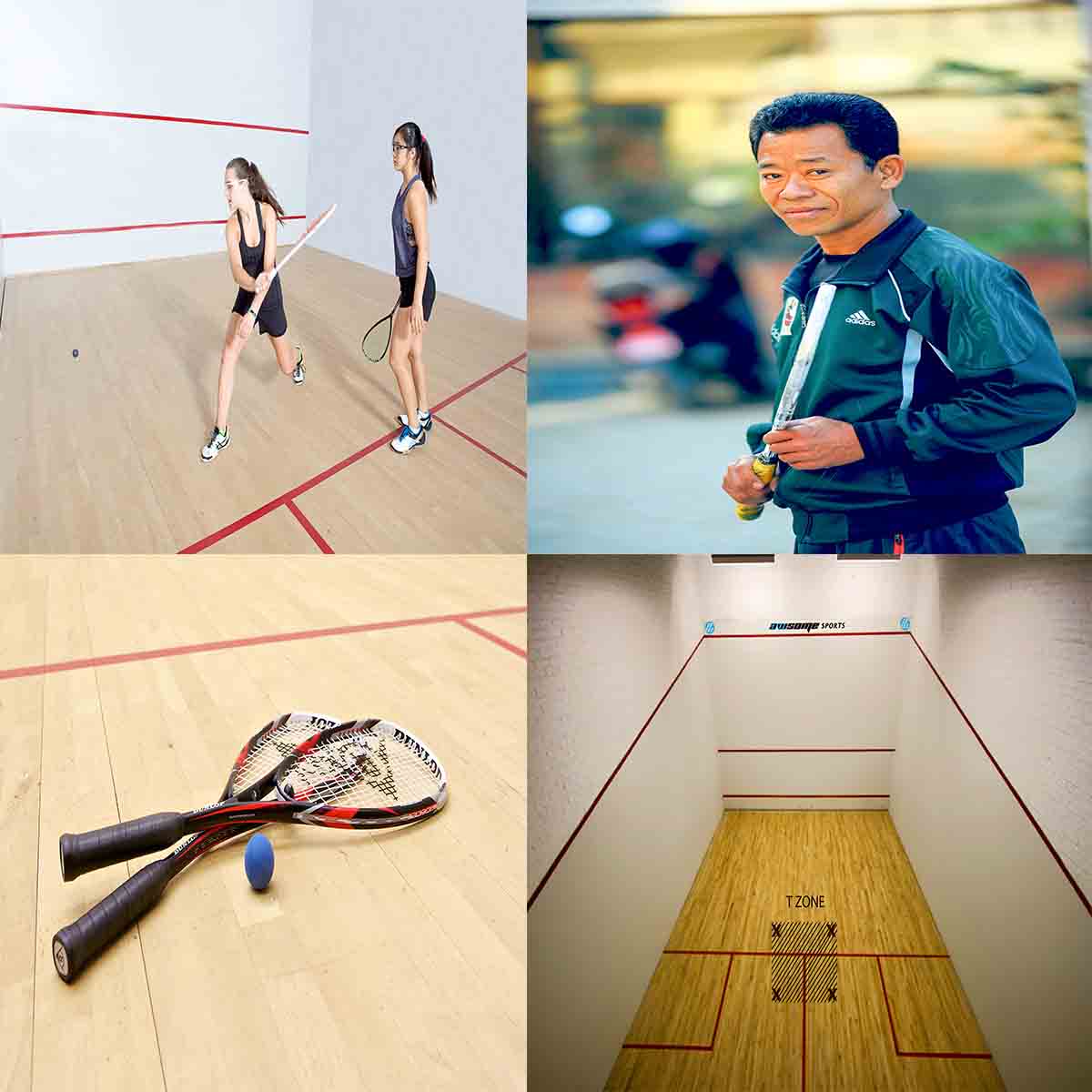 One hour of squash can burn 600 to 1000 calories. In fact, Forbes Magazine voted squash as the healthiest sports based on muscular strength, endurance, calories burnt, cardio respiratory endurance, flexibility and risk of injury.


Squash is a ball sport played in single in twos and doubles with four players in a four walled court. The players must alternate in striking a ball with their racket and hit the ball on playable surface of four walls of the court. It was invented in Harrow school around 1830 and later became an international sport. The ball is a made of natural rubber. Earlier the squash rackets were made of laminated timber. Then construction shifted to lighter material and now synthetic strings are used to make a racket. The structure of court surface is front line separating the front and the back of the court and half court line separating the left and right hand sides of the back portion of court creating three boxes, front half, the back left quarter and the back right quarter.

The back two contain smaller service boxes. Floor markings are relevant during serve. The front wall on which three parallel lines are marked has largest playing surface the rear contains entrance to the court and are small. The outline runs along the top of front wall, shots above or touching the outline on any wall are out. After the serve players take turn hitting the ball against the front wall below the outline. It must not hit the floor after hitting the rackets and before hitting front wall. After ball hits the front wall it is allowed to bounce on the floor once before a player should return it. While moving around the court, accidental or deliberate obstruction of another player’s movement is forbidden. Players move to center of the court after taking the shot. As a beginner you must focus on deliberate practice with any squash drill. You need to stimulate your brain with challenging task to learn way of doing things not just practicing your favorite shot again and again. The scoring consists of set of 11 points. On a tie break of 10-10 game is continued until there is 10 point difference between them. The first player to reach 9 points wins the game.

Some of the names of shots in SQUASH are:

In Nepal, Mr. Hira Bahadur Thapa is the man which holds undisputed squash championship since 1994. Nepal Squash Racket Association send him to Peshawar to train for a month under guidance of Fakkar Jaman., He won the Mercantile cup, The Crown prince cup. In Nepal, professional training for this indoor game and Squash Tournaments brings out the best from the players.

View all from sports